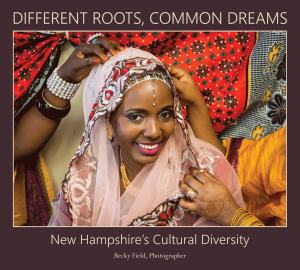 “Different Roots, Common Dreams” has received two national book awards. First is a 2016 Benjamin Franklin book award from the Independent Book Publishers Association – a silver award in the Multicultural category.  I flew to Salt Lake City, UT, in early April 2016 for the award ceremony which was a fascinating and fun time.

ALSO, the book has won a 2016 “IPPY” book award from Independent Publishers (a separate organization), also a silver in the Multicultural-nonfiction adult category.

These are the two major organizations for books released by independent publishers. I share these awards with my book publisher, Peter E. Randall Publisher, and especially with all my immigrant friends who so generously contributed to making this book a reality!