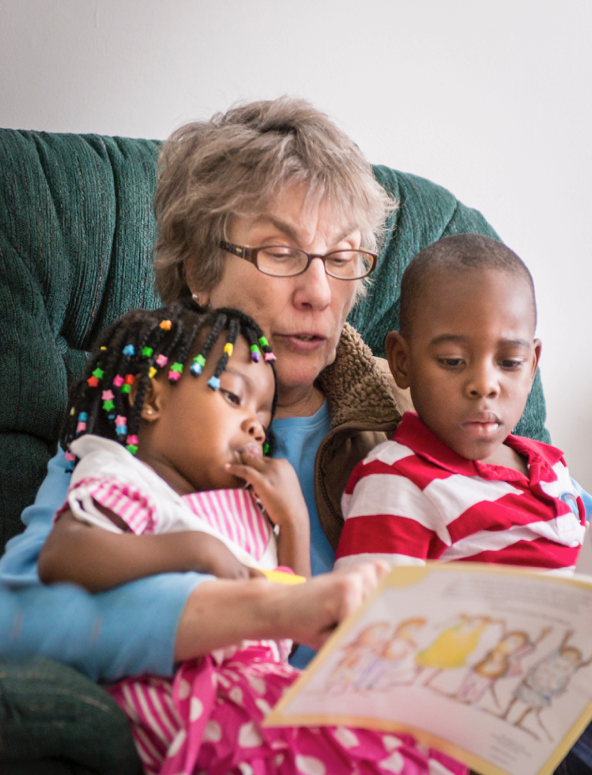 Her photographs of have been displayed at several immigration conferences, as well as in exhibits at the University of New Hampshire; Seacoast African American Cultural Center; NHTI Community College; NH Institute of Art; NH Society of Photographic Artists; and Southern New Hampshire University. In 2013 her portrait of a New Hampshire girl, whose family had come as refugees from Somalia, was a contest winner in Photo District News (PDN). In 2014, her work was selected for a juried exhibit on environmental portraiture at the NH Institute of Art. In 2015 her photography project was featured in New Hampshire Magazine.

Becky has given numerous talks about her photography and experiences with New Hampshire’s immigrant and refugee communities. She was keynote speaker at the 2012 Concord Mayor’s Community Prayer Breakfast, an annual event for community and governmental leaders.

Becky holds a Certificate in Photography from the NH Institute of Art. She has also studied at Maine Media Workshops, Center for Photography at Woodstock, and Photographic Resource Center. In 2013 she attended a workshop in India with a small group of international photographers led by John Isaac, former Chief of the Photo Unit at the United Nations. They photographed the Maha Kumbh Mela, a major Hindu celebration with tens of millions of people. She is a member of NH Society of Photographic Artists and Professional Photographers of America.

In past work, Becky was communications director with the American Red Cross in New Hampshire where her photographs were used to support the humanitarian work of the Red Cross. Before that, she was a wildlife research ecologist with the U.S. Department of Interior and a university faculty member.  Becky has masters and doctorate degrees in wildlife ecology. She lives in Concord, NH.